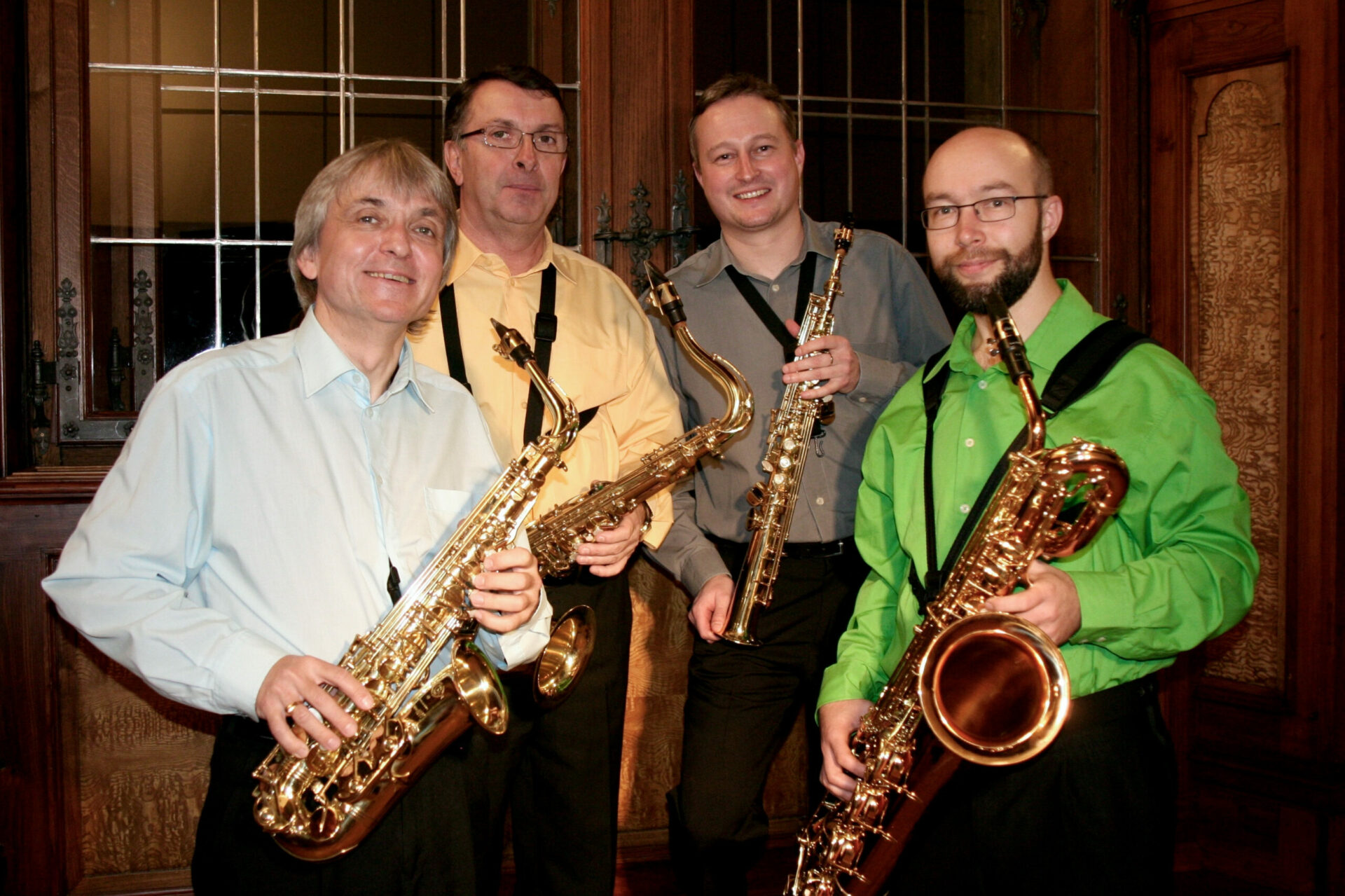 END_OF_DOCUMENT_TOKEN_TO_BE_REPLACED

Our quartet consists of players, who can play all four types of saxophone. Their motivation is not only interest in the saxophone, but also a desire to play chamber music in both classical and jazz styles. The ensemble was founded by Roman Fojtíček in 2003.

The meeting of the saxophone and the piano in one chamber ensemble may be regarded as a fusion of the past and the present. Although the saxophone was actually invented in the 1840s, it began to fulfil its vocation almost one century later. Thus it became a symbol of the accelerated pace of life characteristic of our age. The piano, on the other hand, evokes a settled, domestic, civilised atmosphere infused with the aroma of coffee and resonating with lofty music. The combination of these two apparently contradictory elements transports us into a very special world of music in which we may be either ironically teased or soothingly caressed.